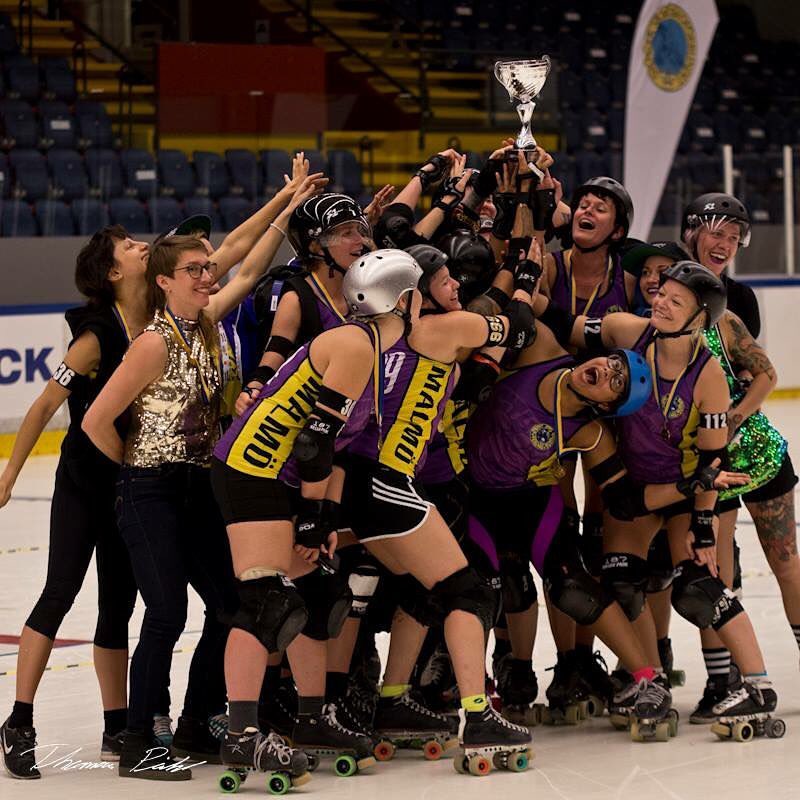 Crime City Rollers is one of the 10 candidates for the prestigous Skånebragden 2017 (an award given to to an athlete or a team from the south of Sweden who made the best achievement of the year, according to local newspaper Sydsvenskan), alongside successful athletes and teams from Skåne such as Niklas Ingvarsson, para ice hockey, who got his team to the Paralympics, and Ida Storm, sledge, who won a gold medal at the Swedich championships, beat the swedish record and competed at the world championship.

This year has been truly eventful for CCR – not only has our Elitserie team (with players from our A-, B- and C-team), won the swedish championships for the second consecutive year, we have also arranged the first WFTDA playoff tournament outside of North America and was the second European team ever to make it to the WFTDA Championships.

We are proud to be nominated and thank you all for the massive support we have recevied through this eventful year!

We are stronger together and will not stop here. The sky is the limit. <3

The Apex names Crime City League of the year

Theme by Anders Noren — Up ↑